THE CASTLE OF COSTIGLIOLE D’ASTI

ICIF, the prestigious Italian Culinary and Oenology School, has its headquarters in the Castle of Costigliole d’Asti, a small town in the midst of the most beautiful hills of Monferrato, the gateway to the Langhe, in a land with a strong farming vocation, famous for the production of Barbera and Moscato wines.

The town is dominated by the impressive contours of the castle, one of the largest and best preserved in the province of Asti. It is of medieval origin and has been restored over the centuries, passing through the hands of several owners until 1854, which saw the arrival of Virginia Oldoini, the bride of Francis Verasis and Countess of Castiglione, whose legend is still part of the castle walls. It is said that due to her resourcefulness and her charm, her cousin Cavour sent her on a mission in 1855 to the court of Napoleon III to plead with the emperor for the Franco-Piedmontese Alliance. The imposing presence of the worldly and seductive countess gave the expected results: she was hosted lavishly in Compiegne, the Countess was an expensive high class socialite and was effectively the official mistress of the emperor.

On the western side of the castle, which is municipal property, there is a large doorway located at the top of a double flight of stairs: this is the entrance to our Institute, the Professional School of Italian Cuisine, where, from 1997 to the present day, within those same walls, young chefs from all around the world come to  learn the secrets of Italian food and wine.

The classrooms and training laboratories in the Castle:

The school’s Wine Cellar is housed within the historic cellars of the castle, where top Italian producers have their products on display. The ICIF National Wine Cellar is among the most advanced in Italy for an in-depth study of Italian wines.
The Wine Cellar hosts a modern tasting-room with a futuristic design, equipped with 20 multi-function tasting stations that can be used not only for wines, but also for the sensorial analysis of other products such as oils, vinegars, coffee, etc.

Inside the school, in the old cellars of the castle, an Olive Oil Cellar has been set up, where a selection of Italian extra-virgin olive oils is on display.
The ICIF National Olive Oil cellar, gathers experts and lovers of this mythical product and is so far the first and only initiative of its kind  in the olive oil sector, providing an objective review of  quality Italian extra virgin olive oils, whose profile and culinary uses  have been certified by an international panel of tasters recognized by the International Olive Oil Council.
We exclusively selected products of Italian origin guaranteed by a DOP seal or IGP certification or from organic farming with product quality certification.
The ICIF National Olive Oil Cellar represents an important and unique means for the appreciation and comprehensive study of the best Italian extra-virgin olive oils and their best culinary uses.

An elegant and and exclusive environment, adjacent to the main kitchen, used for front-of-house training, for events and official dinners. The final exams of certain training courses also take place in the dining room, during which the students prepare a menu for guests and authorities in order to demonstrate what they have learnt during the course.

A new educational space, equipped with all the facilities to learn the art of approaching and the treatment of the different cocoa varieties and ingredients to create a delicious chocolate of quality, led by Masters Chocolatiers discovering their secrets.

A display area created as a reminder of the “crutin” of our ancestors, to accentuate the great variety and quality of Italian cheeses. A reminder of the importance of history and tradition of an ancient culture which is highly esteemed around the world.

An area to display the many varieties of Italian cured pork products, an asset to use when teaching about production methods, together with nutritional advice about the moderate consumption of cold cuts in a balanced Mediterranean diet, without taking away the pleasure of a starter of Italian mixed cold cuts.

A space dedicated to the display and promotion of Italian top quality regional products, selected by ICIF in view of a continuing partnership and the mutual respect and trust placed by Italian food and wine companies in the Institute.

On 29 March 2014, thanks to a contribution from the European Union dispensed by the Piedmont Region, a new school building was opened in the park in front of the Castle.  The new building called Orangerie, is a contemporary structure made entirely of glass and metal with modern classrooms fitted with the latest technology.

These new laboratories are the beating heart of the school and its educational activity: 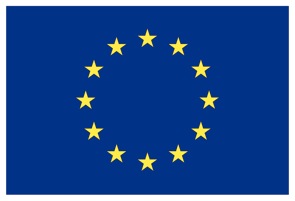 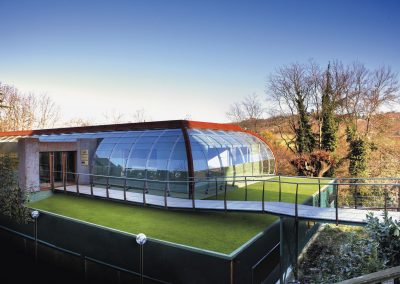 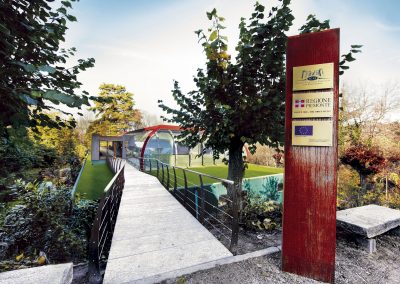 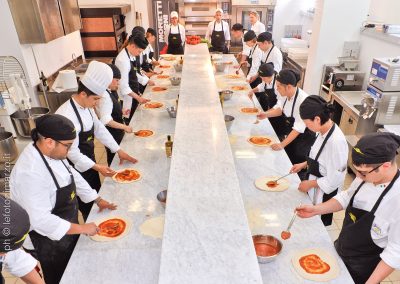 The students of the Culinary and Oenology Courses, from around the world are housed at “Cascina Salerio”, the ICIF guesthouse, located in the village of Costigliole d’Asti, in the middle of a leafy residential area, in the vicinity of the picturesque medieval fortress. The guesthouse is housed in old farmhouse in the Piedmont hills where the students can experience the Italian style of life.

It contains 14 independent mini-apartments measuring 55-60 square metres each, with two bedrooms, with the capacity of accommodating a maximum of 4 people per apartment, plus a bathroom. The communal areas are located on the ground-floor, with a laundry-room in the basement. Room cleaning service, the change of linen and towels and breakfast are all included (except on Saturdays, Sundays and on Italian national holidays). 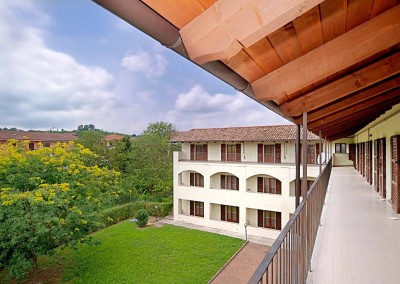 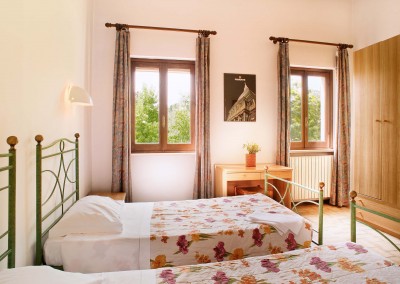 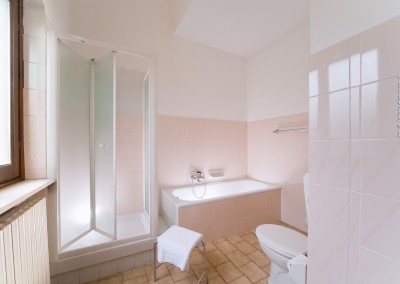